Exposed plumbing and concealed plumbing is looked at in a very black and white way. Concealed plumbing is more about systems inside a wall that is being plastered and is difficult to reach. The world today is moving towards modular designs where bathroom fittings and pipelines are being exposed outside the wall. Looking at it in a technical manner, they are in fact exposed yet concealed because aesthetically it is concealed but when a single panel is removed it becomes exposed. Systems can be categorized into both exposed for repair and exposed for aesthetics.

Highlighting the importance of plumbing in the construction industry, Mr K.Krishna, Chief consultant, Sarathi consultants says, “Yes, I feel plumbing industry is the most neglected subject in India. When I started 25 years back in the plumbing industry, there was a lack of material, experience, and proper design in this particular industry. Today, there are a lot of developments where new methods have been coming up and with the support of architects and designers we have grown very well in the industry.” 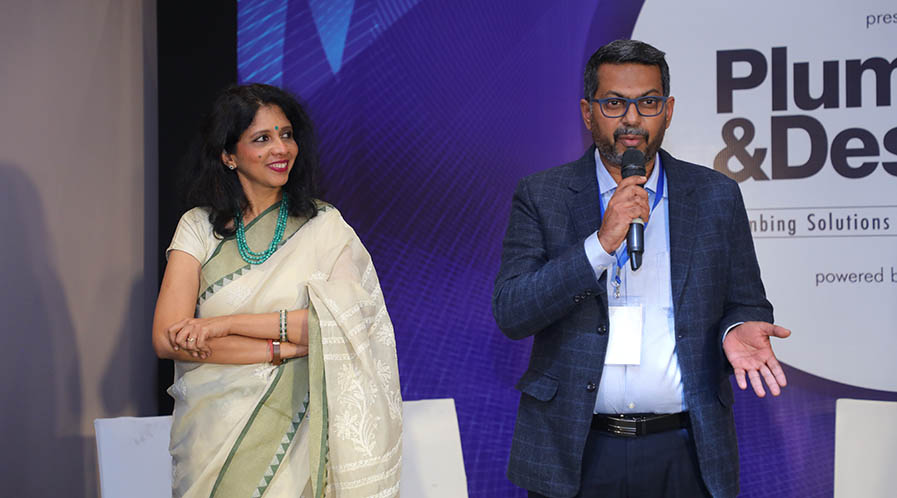 Talking about the connection between the human body and plumbing systems in buildings, Mr Narasimham VVL, Founder and Principal Architect, Narasimham Associates says “I feel right from the civilizations, the importance of plumbing systems can be noticed. The drainage systems, rainwater systems, and other water bodies were important factors that show us how people lived in those times and how these systems have helped cities grow over time to time. If one understands the essence of plumbing, then one will be a very good designer when it comes to the planning group housing and apartment towers. Plumbing systems are very important in buildings because good design brings a good living habitat.”

Mr. Manoj Wahi, Principal Architect, Designer web talks about the external fittings of a building reinventing itself, he says, “We are all progressing and developing every day. What we saw 20 years back, what we see today, and what we will see tomorrow are all a part of progress and this progress is usually seen in what is visible. In external plumbing, what we see is there has been a huge amount of stress on how to make your fittings and fixtures look appealing but when we come to the internal plumbing systems we are still in the age-old era where only the materials for plumbing has changed but the entire concept of working of plumbing systems remains the same”

He further adds, “I feel there is a lot of focus and research that the industry has to do because we humans cannot exist without plumbing. Seventy per cent of the earth consists of water and seventy per cent of our human body consists of water, so when there is the water we require plumbing. We are there when it comes to touchless fittings, the feel of the fixtures, and various designs of the fixtures, but once we move below the floor taps and behind the WC’s it is all the same. We haven’t changed any of the systems internally, because of which a lot of research has to go through so that we as architects and designers can start making use of those technologies as well. Technology drives us, we cannot drive the technology.”

Taking the example of The Pompidou Centre, Mr Yeshwant Ramamurthy, Principal Architect, Studio One talks about the idea of manufacturers and architects reimagining plumbing systems designed, he opines, “As soon as this building opened, I happened to be there and visit it, and I was appalled by the sight of it because to me it was the ugliest thing in creation at that time. I was a young practising architect where ideas were rolling around my mind. On that note, I think we need to ask the end user about reimagining plumbing designs.”

He adds, “How many end users in gated communities are going to be ok with exposed plumbing design systems? Possibly none. How many end users in apartment buildings will be accepting new exposed plumbing systems that might necessarily not fit in within their sense of aesthetics? I think probably none. More than any architect or designer, it is the end user who will define the shape of plumbing in the future.” 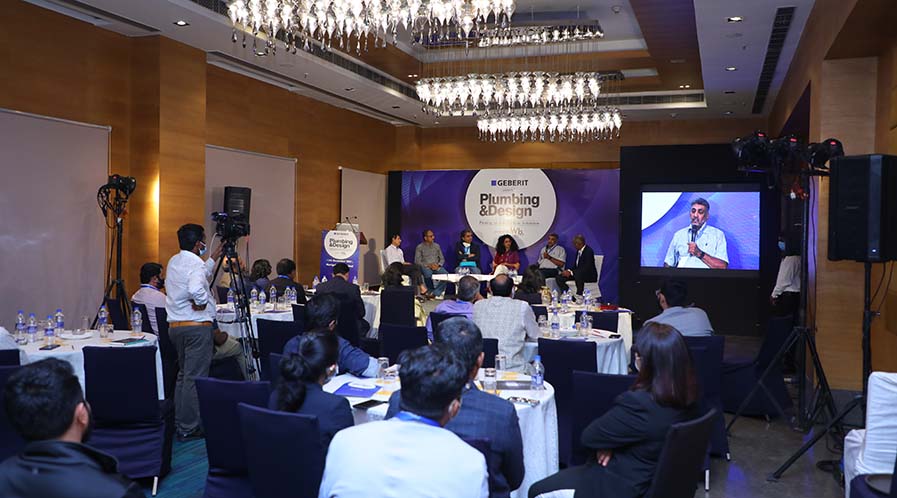 Impact of glamourous plumbing systems on quality of aesthetics

Mr Narasimham VVL opines, “I would say yes to exposed plumbing. Looking at The Pompidou Centre, there is an inside-out concept and there is still an inside. They say bathrooms are no more just rooms but glamorous rooms, but I would say they are supposed to be garden rooms. Whether you can the roof of a bathroom, the walls, or the floor, both wet and dry surfaces, how do you manage the pipelines while keeping the same functionality intact? You cannot make every pipeline look appealing and aesthetic, some of it can be inside-out and some of it will still remain inside.

Mr Manoj Wahi talks about changing the way plumbing is conceived in the future, he says, “We are working on a project where everything in the apartment is pre-fabricated, so it is a pre-fab apartment complex all this software is allowing seamless integration of all services within the pre-fab construction because we need to provide for each and every pipeline. I think technology is making the lives of many people easier because it is able to design the scope of services very well without layered diagrams and the chances of errors on site are minimised.

Mr Yeshwant Ramamurthy adds to this, “Yes, the technology has definitely impacted the efficiency of the construction industry. I think not just for us as architects and designers when we are putting out a concept to the client, but the client is able to visualize it better because of the enhanced software that we are using. Project management also becomes an easier process especially when you are dealing with so many agencies. Technology has made life less complicated.”